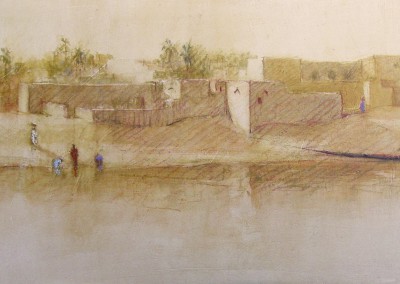 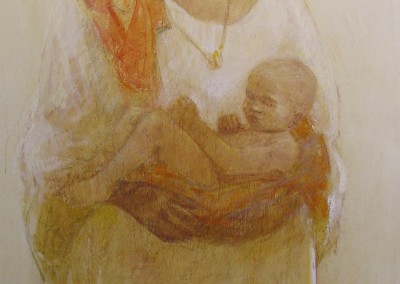 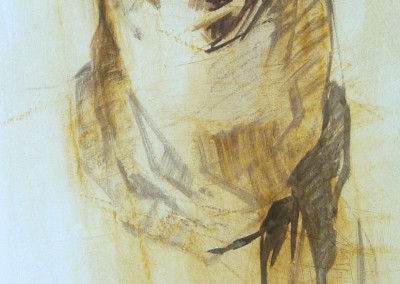 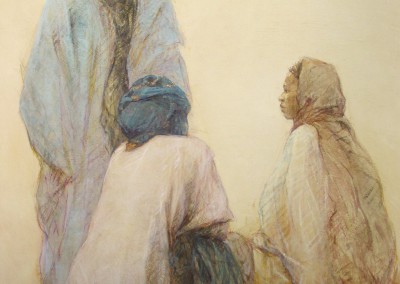 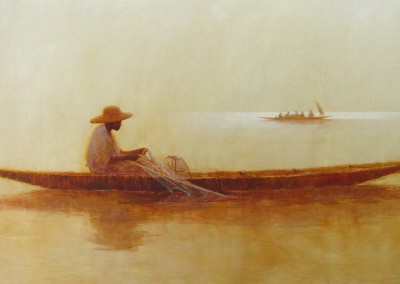 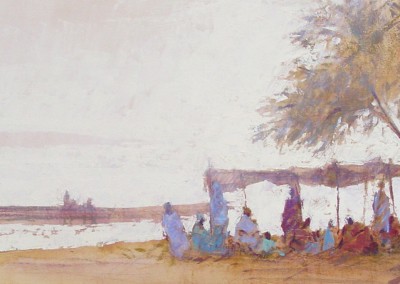 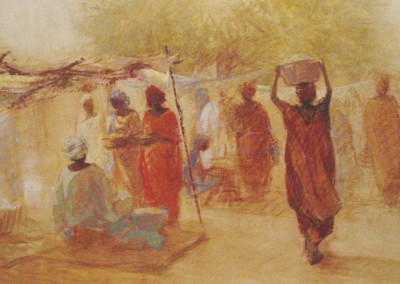 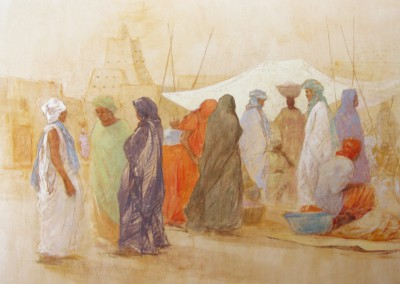 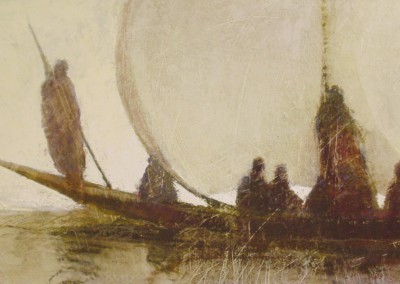 The secret of light

In order to explain the state of the artist, sometimes we define art as a sort of madness, a sort of creation in trance or of total unconsciousness and this arouses a little bit of confusion in the audience. Madness is a total darkening of the reason while the artistic ecstasy is an elevation of the reason. Dealing with art can be regarded as madness for those who cannot see the essence of things, for those that cannot reach the soul of the places, but people who can mentally follow an artist, or who can let himself be brought by an expert guide to the inner part of his mind only then they will realize that, mostly, men who are regarded as normal could be next to madness because they are devoted to an eternal representation of their life.

Irene Lopez de Castro is a sensitive and real person: she has decided to live her life helping people and nourishing her natural gift: painting. In fact we could say that Irene has always painted and drew: when she was sixteen years old she made of this passion her profession. Along the life of a sensitive person there is always a fact, an epoch -marking event, a situation that irreversibly changes the logic succession of the events: as far as Irene Lopez de Castro is concerned this existential upsetting will happen during her first journey in Mali. In a moment of total sensorial immersion, Irene succeeds in feeling the nature of that place in a special way, she succeeds in seeing what usually is not recorded only by the sight. Through the expressive mean not only she shows thoughts and states of the soul but even she keeps the conscious illusions, real mirages or concrete dreams. For people who has eyes able to see, in fact, landscapes like the ones in Mali hide a lot of chromatic, luminous and atmospheric suggestions that can alter the natural place so much to make it feel like a mirage, or they can create what, since a moment before we believed it was a reflection of the sun on a sheet of water.

Irene paints on the spot, she draws sketches she needs in order to paint more demanding works, or she paints by heart pushed by the suggestions felt: each work of hers becomes the reflex of a pure visual experience, linked to a subsequent poly sensorial experience, where painting frees itself from a passive realism, from an unselfish and too conceptual mimesis. Perceiving scenes and visions of Mali could mean focalize a contest of tonal and chromatic values that contains things in an unitary everything and that makes them appear in the light of a more spiritual than natural radiance. In Irene’s works the essence of nature is not inside the physical building of the world, in the containers of all things but inside an infinitive plurality of phenomenon, that, in a precise moment of light, can trigger in the artist the suggestion of an idea and of that emotion that will control each work of art.

In the river landscapes the light, that seems to arise magically form the horizon, breaks out the scene increasing the sense of ambiguity that creeps between the probable view and the possible vision. Some close-up thin boats, balanced by little figures that seem to plane on the sheet of water, make up the access to the work and the rhythmic presence of trees bushes replaced the hedge in Leopardi’s work. At times slightly sketched visions emphasized the presence of characters that becomes well-depicted thanks to the sure shade of colours and to the rarefied, nearly artificial, atmosphere that wraps them. In a slightly monochrome tone the solemn silence of the scene seems to be interrupted by the quiet whisper between the figures. According to Irene, painting is a sort of miraculous experience: she seizes a beauty which is in slow movement, a vital glimpse taken in a flash, like a glittering wave in the ocean of the phenomenon. The chromatic reflex of her figures corresponds to the transposition of an ecstatic moment felt by the artist through a real catharsis sprung out of the vision. Sometimes it seems to watch the Gaugin’s “magic decorations” seen as an evocative mean that puts us in state of conscious dream in which we can grasp the mystery which is at the basis of things, the essence of everything, the primordial identity between the I and the universe.

Studying Irene Lopez de Castro’s works we can understand how a simple mark, even just sketched, could evoke a figure, could fill the place, could witness the trace of people, could suggest his virtue, could stop the secret of the day and show the mystery of the dusk. And then tell about a place, a fact, some people – only rarely well depicted – in order to find out how much of universal is behind a certain thing, and how, sometimes, even the fleeting and ephemeral things can reveal their substance soaked with eternity. In some works the sketching that defines a chiaroscuro, which makes even more rarefied the substance of the volumes, is very clear: soft Irene’s hand draws some snapshots, some real expressive and eloquent visions, and probably, the unfinished apparent of certain parts offers a sense of fugacity of a precise moment.

Generally speaking, what strikes us more in Irene’s works is this unnatural and dusty luminescence, which is intense and opaque at the same time, that passes through the more arcane recesses of the understanding braking every excessive chromatic dash. Our painter has discovered the secret of light.

Everything is essential: like the crepuscular poets make love be seen through the little things and through the grey, real and daily aspects of the reality, at the same time the Spanish painter makes us see a romantically dramatic reality, or even a emotionally dramatic reality, in fact there is the beauty of the landscape but even the poverty of the people that survive thanks to special person like Irene. In Gozzano the rhythm of the verse is flat, next to prose, and the written code is full of words taken by the colloquial language in order to help the reader be on the same wave-length as the most genuine part of the world. Even Irene Lopez de Castro, like the Gozzano in “Verso la cuna del mondo”, is looking for the best way to express the most inner and slippery feelings, she is trying to dig into her inner self in order to find that truth in the vision that enables her to reach a more objective approach to reality. Therefore we have a view able to hold the essential aspects of reality there where these seem disregarded by crepuscular lights. If the literary criticism has recognized in Gozzano his great ability in rendering, with clarity and precision, the shapes of characters and of the places of the first century Turin, at the same time we could say that Irene shows us in a scrupulous way the atmosphere and the essence of shapes and characters that define a world inside a world. We just have to close our eyes, and let us be stroked by the winds of Mali and listen to the songs and the whispers of that figures that could represent the reflex of our soul.