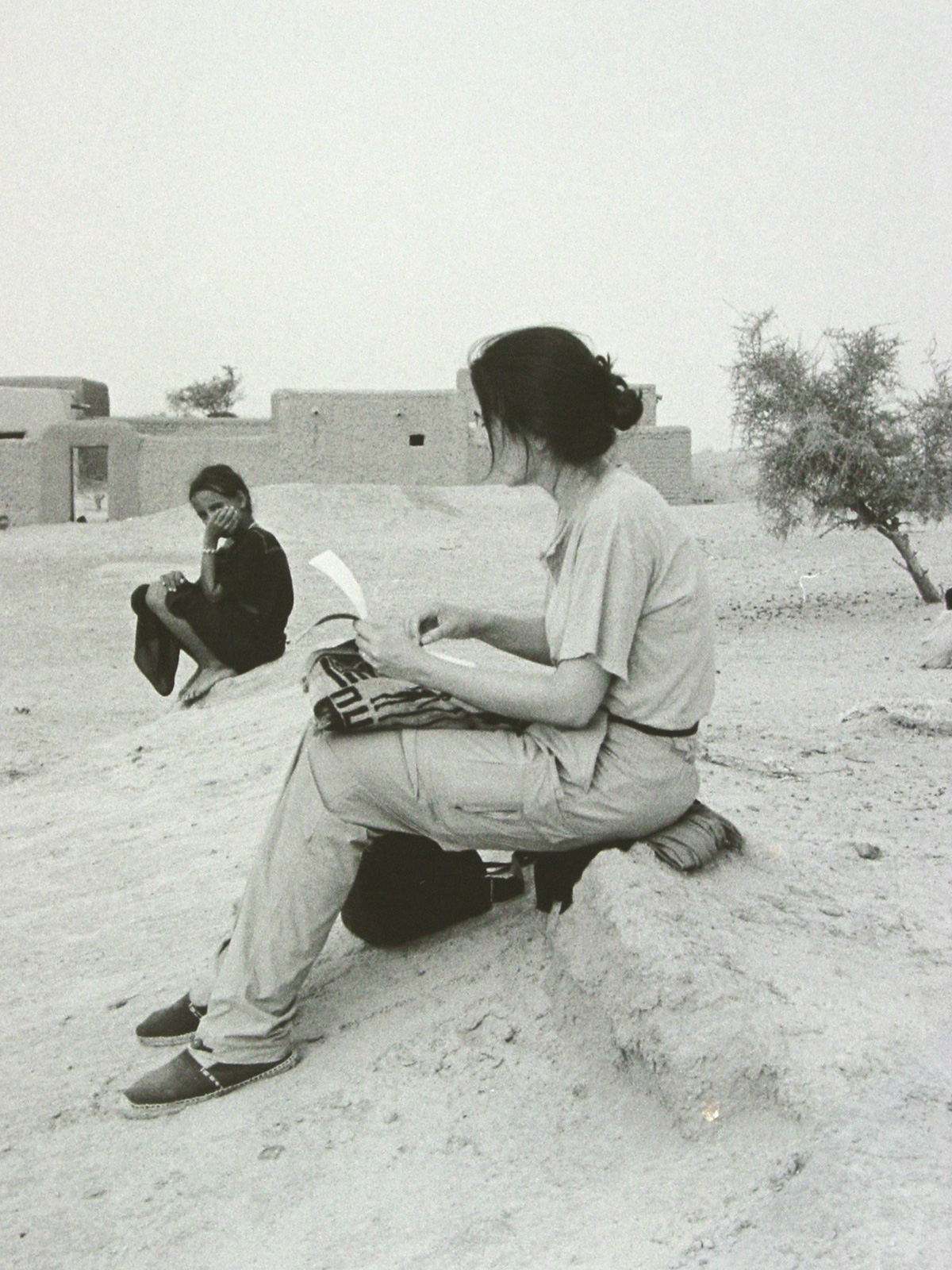 Travelling has always been more than a simple inspiration for my paintings. It is a spiritual search, an oportunity to connect with people from other cultures, to project myself upon and learn from them. Travelling can be a way of life, in fact, life itself is a journey.

A daughter of andalusians, I was born in Madrid, the Spanish capital, a cosmopolitan and open city. I think I was born a traveller and, in some way, I have had the strange feeling of belonging and not belonging to this world. I have always felt nostalgia for the southern light and a time already past. From a very young age I was drawn to exotic countries, coinciding with the fascination many painters of the 19th century had for travelling journals. Those travelling logs augmented my longing to draw and travel in search of that timeless beauty in those countries where it is still grasped.

In this way, due to my passion for art and travel, I joined them in my field work, which constitutes my travel journals and the work I do in my studio. This has shined light upon my pictorial work. Both endeavors are different but complementary; the drawings of nature are a diary of experiences and encounters, and in them I try to capture the ephemeral parts of these trips in a way that is simple and true to reality. It is a task that allows me to feel, allows me to remember these experiences and remain in contact with the people I meet. However, the work I do in my studio is solitary, and I flow with the inspiration I get from this silence and freedom, depicting scenes which aren’t necessarily  realistic, but passed through the veil of personal interpretation. Though in my work I usually mantain the wish of transmiting vivid sensations, the distance, the time, the mind and the heart. This makes each trip different, more creative and, in essence, very unpredictable. This uncertainty, far from being negative, is part of the sensations every artist and traveller appreciates.

My first trip to Mali was in 1989, when I was 21. I was stunned by the beauty I saw in its landscape and its people. I returned with a great need to share all of that, and in this way the Níger river became the muse of my art, which I have been able to display both in Spain and abroad. I found in art an expression of the nostalgia of my parent’s land, since I returned from Mali with eyes full of light and color, tinged by a golden tone, in part because of the color of the dunes, in part a reflection of the golden memory of humanity. Over the last twenty years I returned to Mali in numerous ocassions; I needed it,  because there I felt as if I was in the center of the world, a place whose stillness made me feel whole. Also, my vision expanded upon visiting other african countries. My trips to India came later, and with them also came a change of color. In Varanasi I found the India I wanted to see. Next to the waters of the Ganges and Niger rivers I have been able to perceive the sacred parts of life, how strange and how similar we humans are, like drops of water in the sea, small and at the same time part of something grand. We are all travelling souls, souls that have travelled to this world, in a continued reflection, in a meeting of souls, where Life is the Journey.