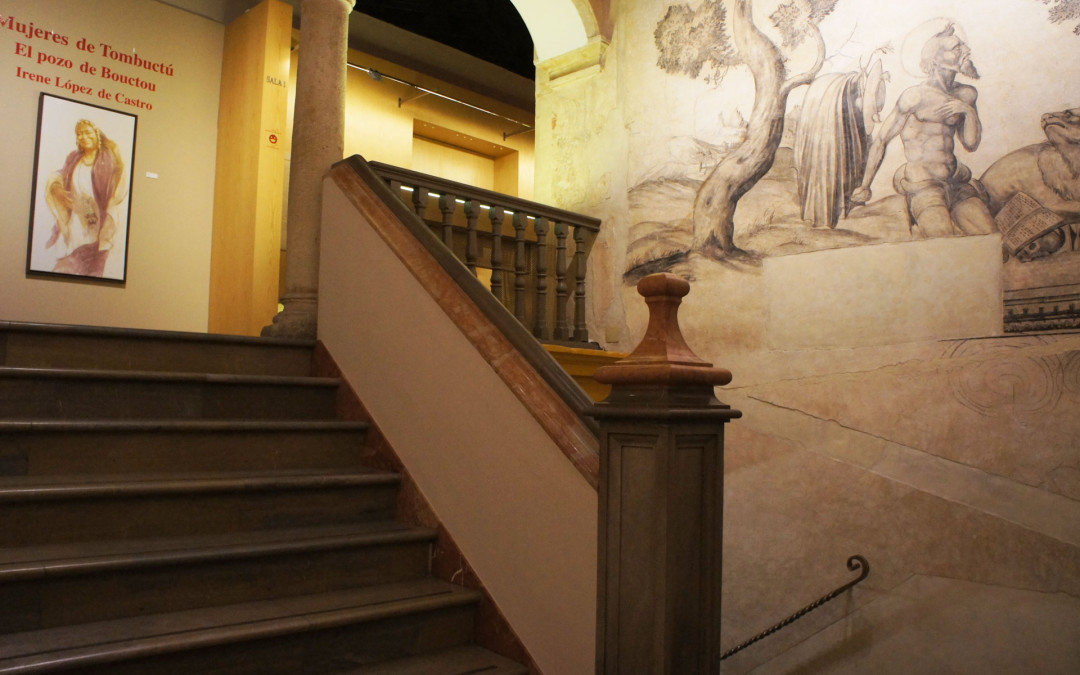 The word Timbuktu comes from the Tamachek Tim-Buktu, meaning, “the well of Bouctou´´. Legend tells of a Tuareg slave woman of that name who watched over the well, a well around which the mythical city would be founded in the 12th century A.D.

The women of Timbuktu, the protagonists of this exhibition, are part of a multi-ethnic society, where the difficulties of day to day life are overcome thanks to unity and local associations such as Gouna-Tiére, whose name means “encounter´´ in the Songhay tongue. Currently, this association is launching an environmental campaign in which culture, art and recycling are blended together. Together with the local sculptor Harouna Toure and using recycled plastics they create magnificent sculptures inspired by the long history of the city. The Gouna-Tiére association is led by Haoua Touré who, besides being a humanitarian worker, is also a descendant of the Andalusian Arma ethnicity.

This exhibition in the Fine Arts Museum of Córdoba boasts a selection of drawings, watercolors, paintings on wood and canvas, and travel journals, all inspired by the travelling experiences of the painter Irene Lopez de Castro, of Andalusian blood and of Spanish-Malian heart, whose works have been recognized both in Spain and abroad, through various exhibitions in cities such as Venice, Milan, Seoul, Florence, Bamako and Paris; one of the most recent being the exhibition celebrated in the National Museum of Mali, organized by the Spanish embassy in Mali in October 2017.